Why was FCA Action Taken against London Capital & Finance?

A lot of concerned investors are asking why did the FCA act to stop LCF marketing their bonds and then stop the company from dealing in their assets and freeze their bank accounts?


The FCA have now released more information about the issues that led them to force LCF to remove their marketing and it boils down to how badly they have misled consumers with the bonds they were selling.

The information below was published on 9th January and has proved to be an accurate summary of why the FCA acted although I'd not spotted the invalid ISA issue. In addition I suspect that further to these reasons once LCF had got to the size of £200 million plus it was becoming too big to ignore. Guaranteed returns of 8% just aren't possible long term so FCA must have known that something was going on with the way LCF was operating and that's why they announced they were freezing the LCF assets and bank accounts. In order to generate 8% interest the capital has to be significantly at risk so investors expecting security will be disappointed. As these seem to constitute the majority of bondholders the FCA had to prevent the situation getting worse and prevent more sales.

There are some good reasons why FCA may have acted

LCF bonds were being promoted via third party websites claiming they were fixed rate ISAs alongside cash ISAs from banks. These bonds should never be sold to retail investors, they are only meant to be sold to high net worth or sophisticated investors who are aware of the risk involved.
The bonds are very high risk investments with 100% loss of capital possible which was not outlined in the marketing although it was detailed in the memorandum issued. They are not savings accounts and have no FSCS protection. LCF had been reported to FSA and Advertising standards for over a year before FCA took action so maybe they finally realised they needed to act.

2) LCF were claiming to be FCA regulated 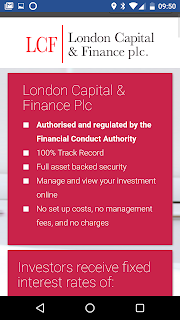 The marketing specified they were fully asset backed and FCA regulated which appeared designed to mislead investors. However the FCA regulated only applied to the lending side of the business and the bonds being sold were unregulated. Asset backed implied a level of security that was not there.

FCA may have believed that London Capital & Finance could no longer be allowed to get away with claiming something that was misleading investors to thinking the unregulated bond was actually regulated by FCA.

3) Could FCA have found the LCF lending business was breaching FCA regulations?

This is possibly speculation but it would tie in with the action that FCA have taken and the information that has been found by investors looking in to the tangled web of companies that LCF have been operating. FCA regulated lenders have to meet certain criteria for checking the borrowers and their ability to pay. If LCF have been lending to companies run by their own directors and companies that have just been created then they may be breaching regulations and certainly haven’t met the commitments that they made in the bond issue documentation.

In their accounts of 2017 (later accounts have been delayed from filing by LCF) it shows there were only 11 companies that were given loans. From the number of companies identified by various people it looks like most of these are linked to LCF. 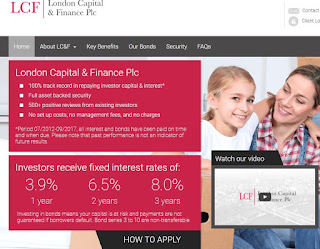 4) Could FCA have found that new investors money was not being suitably ringfenced?

New investors money is meant to be kept in separate bank accounts and ringfenced from the assets of the LCF company. If this was being breached it may have caused FCA action. It's also possible that new client money was being used to pay interest payments to existing investors. This would be a really serious issue as it would indicate a ponzi or pyramid scheme.

The details given to investors was that they were protected by an independent security trustee looking over their investment, GLOBAL SECURITY TRUSTEES LIMITED, Company number 09846126. This company does not appear to be independent as it is registered to the same address as London Capital & Finance and the director until recently was the same as LCF. The company is shown as dormant with only £100 of assets so it's unclear how it can take any action for investors especially as it has been run by the same directors. 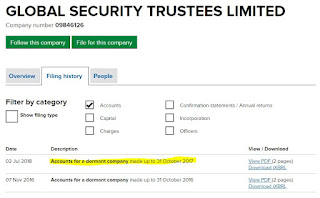 If the FCA discovered that activity was taking place that was not consistent with the LCF being authorised as a lender then they may have taken the action to protect new investors from being impacted. They may then refer the matter to the police or Serious Fraud office but this is speculation at present. Other mini bonds issued in similar situations have gone bust with investors losing their money as a result of fraud but we have no knowledge of this at present.

LCF linked companies are definitely in breach of Companies House regulations with overdue accounts on several of them and some companies. LCF itself has repeatedly used an account filing loophole to avoid filing their most recent accounts for 2017 so there is the possibility that this was being done to cover up something untoward in the accounts. 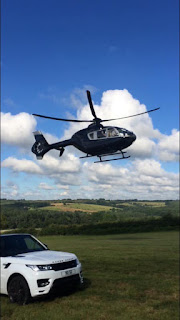 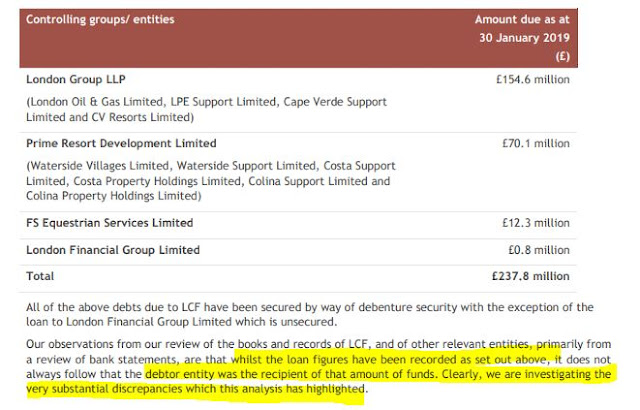 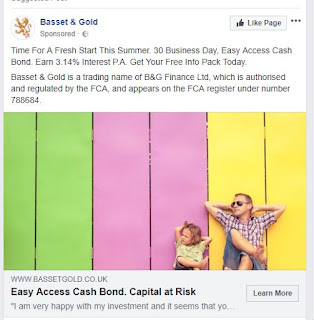